How to set up a Lookup Table 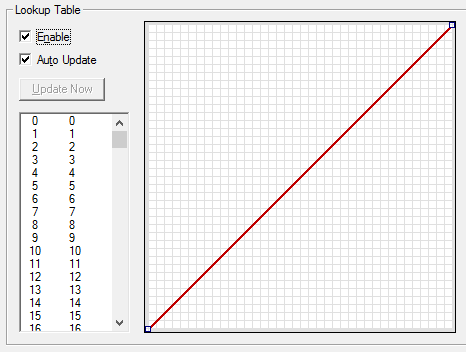 Note: The checkbox beside Enable has to be checked in order to activate the Lookup table.

The second column represents the pixel value where 0 means black and 1023 means white.

Take a look at the snapshot below. 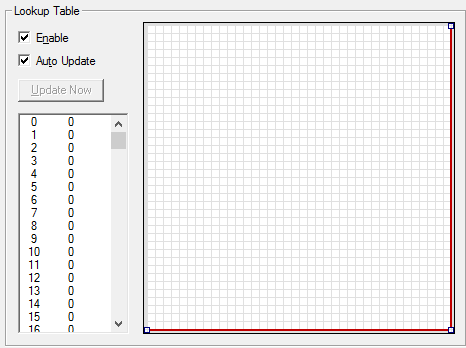 Similarly, a LUT curve can also define all pixels from the camera with a value of 1023. In this case image preview will be white.

Take a look at the snapshot below. 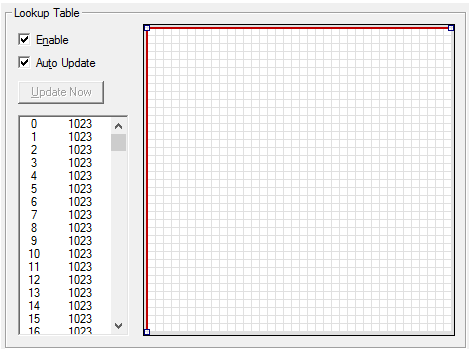 Adding points to the LUT graph:

The user has the ability to add more points to the LUT curve. In order to add a point, the user can drag new points from the two ends of the curve. 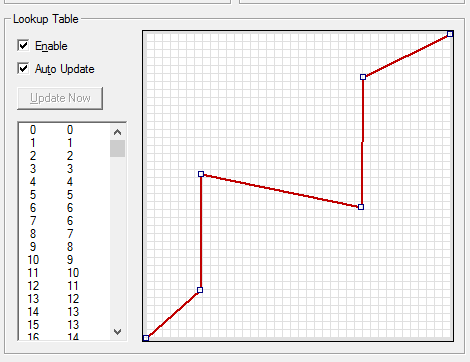 In order to reset the settings on your curve, simply Right click on the graph and press Reset. This will reset the curve to a straight line.