The Lookup table (LUT) control provides a simple way to manipulate the grey scale image data coming from the camera via a simple lookup table.  The Flat Field Correction (FFC) control, activated by default when the camera is turned on, provides the ability to correct for non uniformity within the sensor. 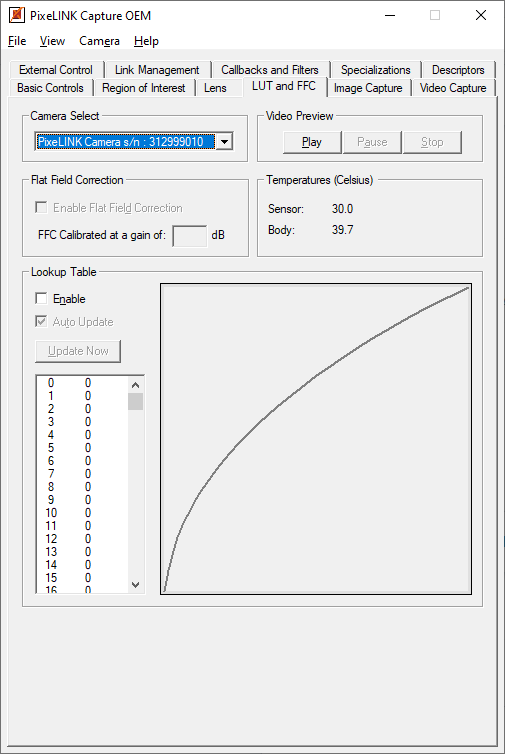 Click "Enable" in the box provided to activate the LUT.

Click "Update Now" to load the lookup table parameters into the camera and to view the resulting image in the preview window.  Click auto update to continuously update the LUT within the camera. 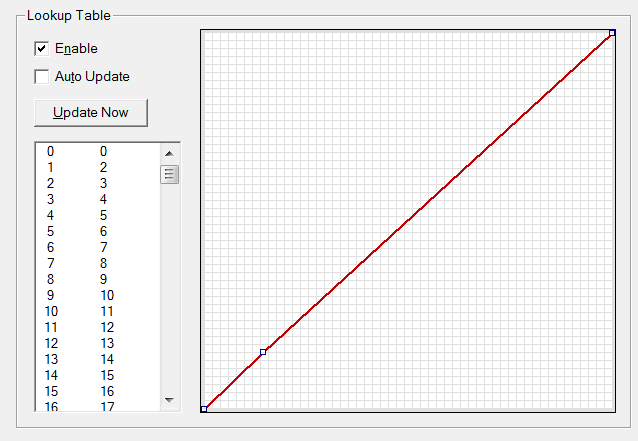 You can reset the transfer function at any time by right clicking the curve and selecting "Reset". 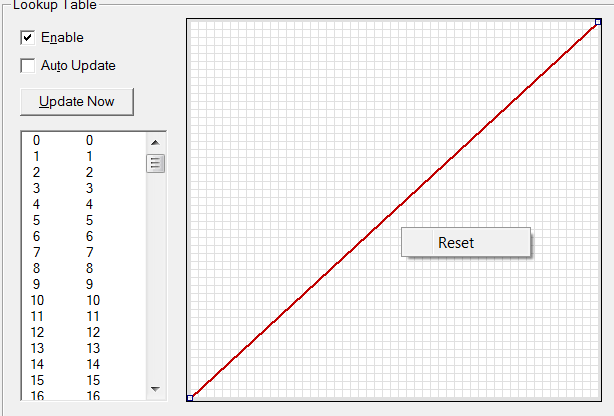 To create a Curve on any segment, right click on the segment and select "Convert to Curve". 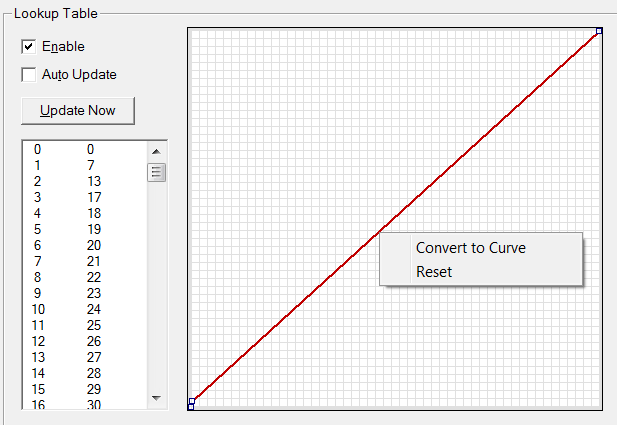 Two crosses will appear after selecting the option. 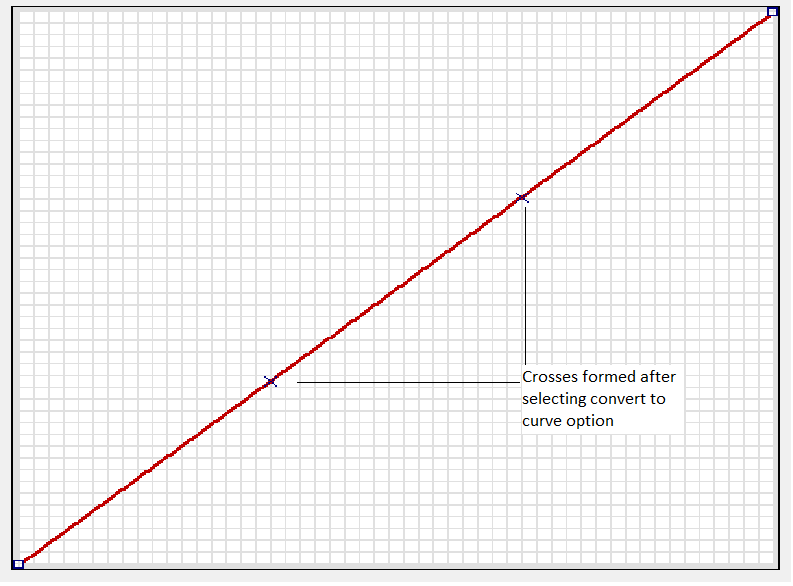 Two crosses can be dragged on the graph to create the desired effect. 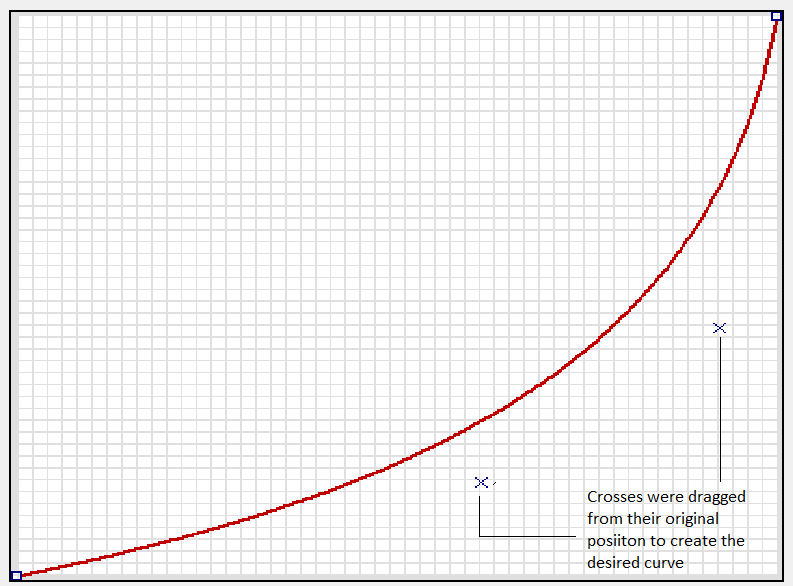 The Flat Field Correction control is turned on as a default.  FFC corrects for any non uniformity in the sensor and in the light.  To deactivate the FFC, click on the box provided. "The FFC Calibrated at a gain of" refers to the gain level that the FFC was calibrated at.  Most cameras are calibrated at 0 db at the factory.

The Temperature setting allows the user to monitor the temperature of the camera body and sensor (in degrees Celsius).  This is a read-only function.