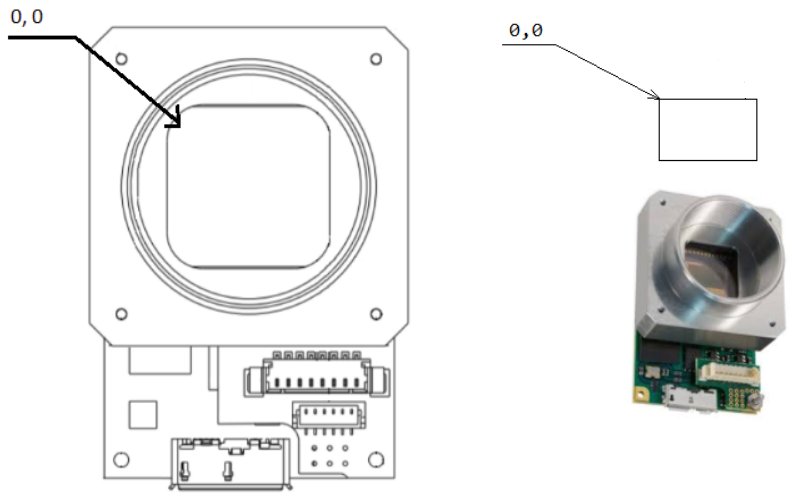 For enclosed PL-D cameras, the location of pixel (0,0) is shown in the following image: 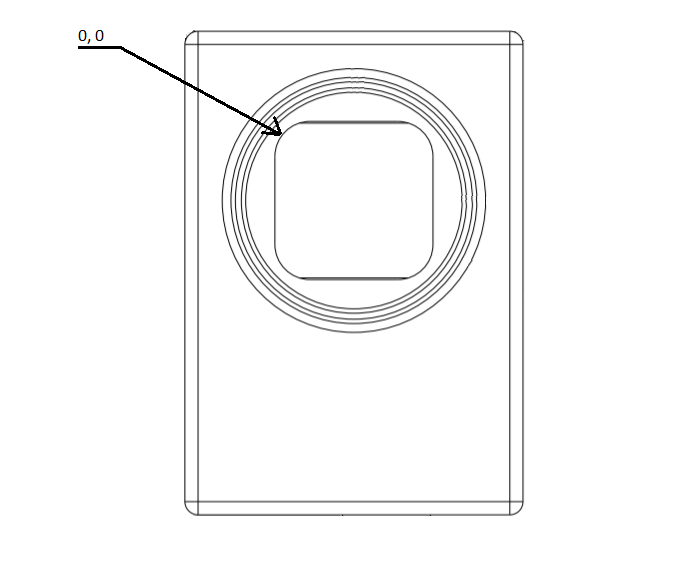 When a camera is positioned in the same way as the cameras shown above, an image or stream will appear "right side up". If a camera is in a different position, Pixelink Capture can be used to rotate the stream 90° , 180°  or 270°, using the "Rotate" or "Flip" options on the Controls tab.