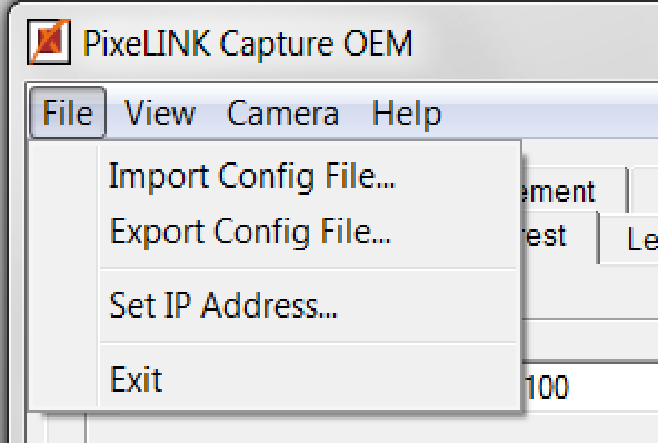 Save the current camera settings to disk, in a Pixelink Camera Configuration (.pcc) file.  Note that descriptors and the lookup table are saved in the exported file.  File paths (such as for image capture) are not saved. 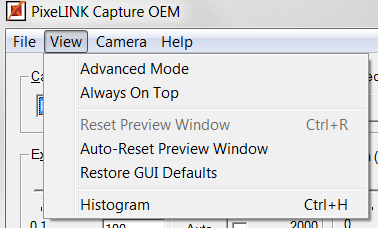 Change the float setting of the application.  When this is switched on, Pixelink Capture OEM will always remain on top of other windows on the computer desktop; otherwise, other windows can overlap it.

Reset the preview window dimensions to correspond to the current ROI and Pixel Addressing mode.  If the current ROI is too large to fit on your desktop, the window size will be reduced.

The preview window can be resized manually by dragging its edges, or by clicking its Maximise icon.  This will not affect the number of pixels (vertically or horizontally) in the image.  Note that resizing the preview window may lower performance as Windows uses more processing power to stretch the image data to fit the display.

When this setting is turned on, the preview will automatically resize itself after any change to the ROI or Pixel Addressing mode.

Open a window with a histogram displaying the distribution of pixel values in the output image.  See sample image: 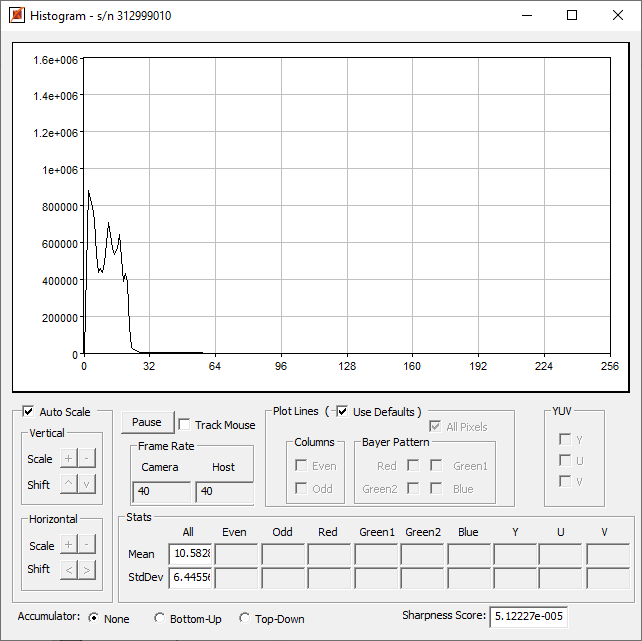 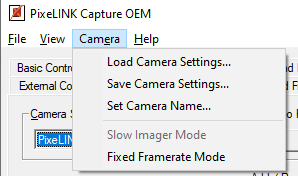 Save the current feature settings to the camera’s non-volatile memory.

Give the active camera a name for easier reference.   This name is stored in the camera’s non-volatile memory.

Display information about the software and the camera, as shown below.  For technical support or servicing queries, please have this information available if possible. 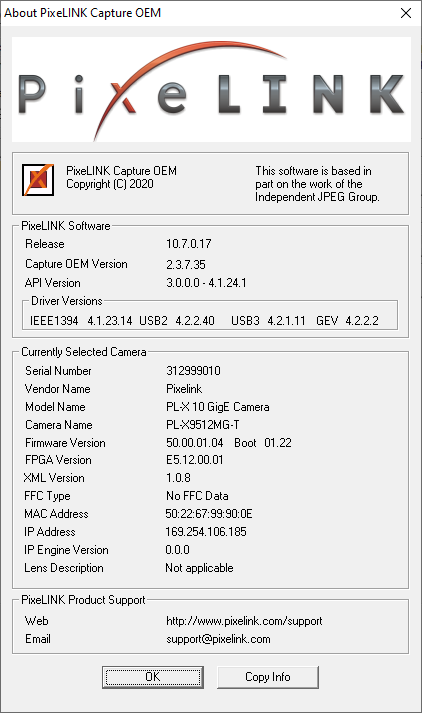 Release: The version of the Capture OEM release

Driver Version: The version of the camera driver used with the application

API Version: The version of the application programming interface (API) used to create Pixelink Capture OEM.  The API is included in each Pixelink SDK.